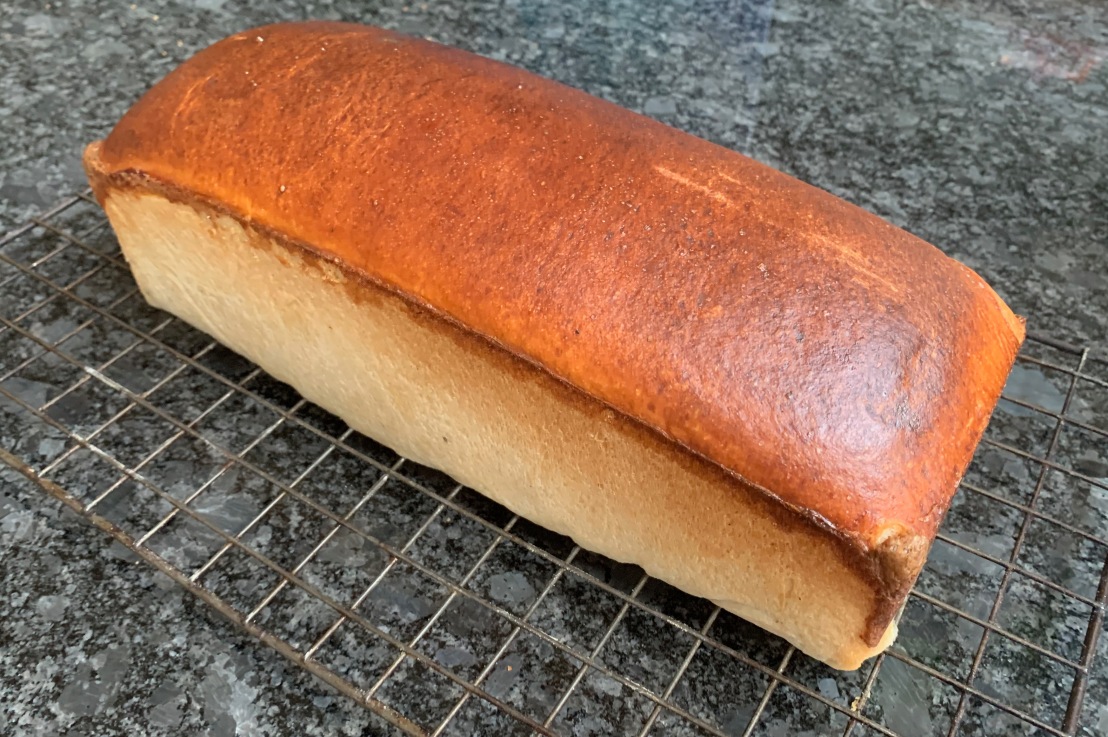 Jamaicans swear by Hard dough (or Hardo) bread as being the perfect base for all manner of snacks and sandwiches: avocado, salt fish, whatever. Hardo bread is generally made in an oblong tin (aka a Pullman tin); it should be pillowy soft and airy, but with a dense enough texture to stop your sandwich filling leaking through. It may look on the surface like a simple enough white bread, but it takes a level of skill and care to get that perfect texture.

If I do a bit of extrapolation, the history goes like this: French bakers take pain de mie to the Far East, where it’s taken up by Chinese bakers, who then migrate to the Caribbean. From there, West Indian workers take it to Africa, where something very similar turns up in Nigeria in the shape of Agege bread.

Like Agege bread, commercial hardo bread is often made using a dough brake – a set of rollers through which the dough is forced as part of the kneading and forming process. Following this video from Keshia Sakaria, I’ve approximated to the dough brake by rolling the dough out with a rolling pin in between its first and second rises.

It’s fair to say that there’s less than general agreement on the recipe. Most recipes call for white bread flour, but all-purpose and wholemeal flour get used. Some recipes use butter; others insist that vegetable shortening is the only way to go. Some use milk, others don’t. Wikipedia quotes authoritative references stating that hardo bread is usually brushed with sugared water before baking, but I haven’t seen any current Caribbean recipes that do this. And proportions are highly variable – I’ve gone for the less sweet end of the scale.

I’ve sized my recipe for my 30cm x 10cm x 10cm loaf tin, gone for strong white bread flour to try to get the springiest texture, and used butter and milk. I’ve also added a generous grind of black pepper for flavouring – a trick from Apollonia Poilâne’s pain de mie, which probably isn’t in any way authentic but which I’m confident Jamaicans would approve of. 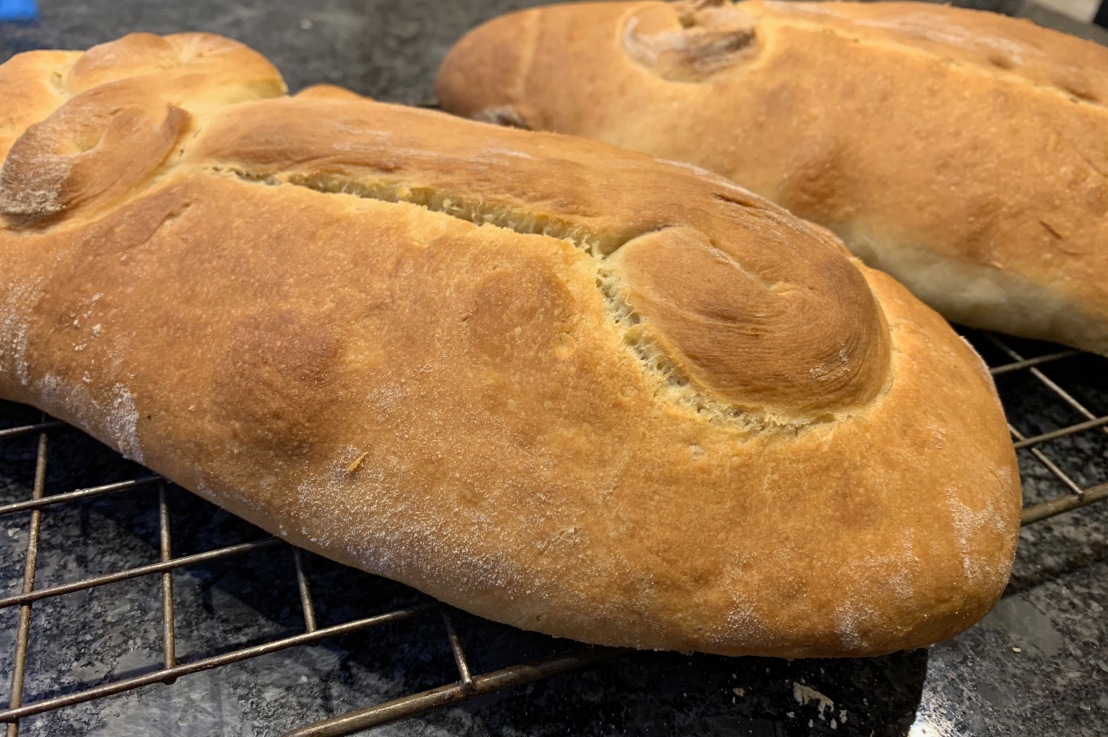 OK, so I can’t travel to Antigua right now. Or anywhere else, for that matter. But I can imagine myself on an Antiguan beach tucking into a breakfast of salt fish, eggplant and Sunday Bread.

I don’t eat that much white bread at home – our staple fare is more the rye sourdough that I make weekly – but I’ll make an exception for this Antiguan luxury version, which uses shortening to make it very puffy and soft. I’ve started with  a recipe from a Caribbean Cookbook by Freda Gore, which comes by way of food website Cooking Sense. I’ve reduced the quantities by around a third (this is only for a household of two right now) and reduced the water further, because the dough would have been far too wet without this. I’ve also modified the order slightly by blending the shortening in at the end of the mixing process in the way the French do for making brioche.

Warning: this isn’t a complex bake, but you need to handle the dough very gently: any rough treatment on this kind of bread risks a collapse.

Almost every street corner in East Jerusalem has a vendor with a trolley piled high with hoops of sesame-encrusted white bread called Ka’ak Al Quds: the aroma of fresh baking and toasted sesame is overpowering and irresistible. London-based chef Sami Tamimi, originally from East Jerusalem, has published a glorious book on Palestinian cuisine entitled Falastin (the Arabic language, he explains, does not have a letter “P”, so it should perhaps be “Falastinian”). I cannot recommend the book highly enough and you really, really should go out and buy it, so I hope Sami will forgive me for reproducing my version of his recipe here.

This will make six of the hoops-shaped loaves: you will be able to fit two at a time onto a typical baking tray (something like 35cm x 25cm). If you have three trays and a big enough oven, you can bake the whole batch at a time; otherwise, you’ll have to do them in two or three batches.

Leave to cool for a few minutes before eating: this bread is at its best straight out of the oven, but you don’t want to burn your tongue!