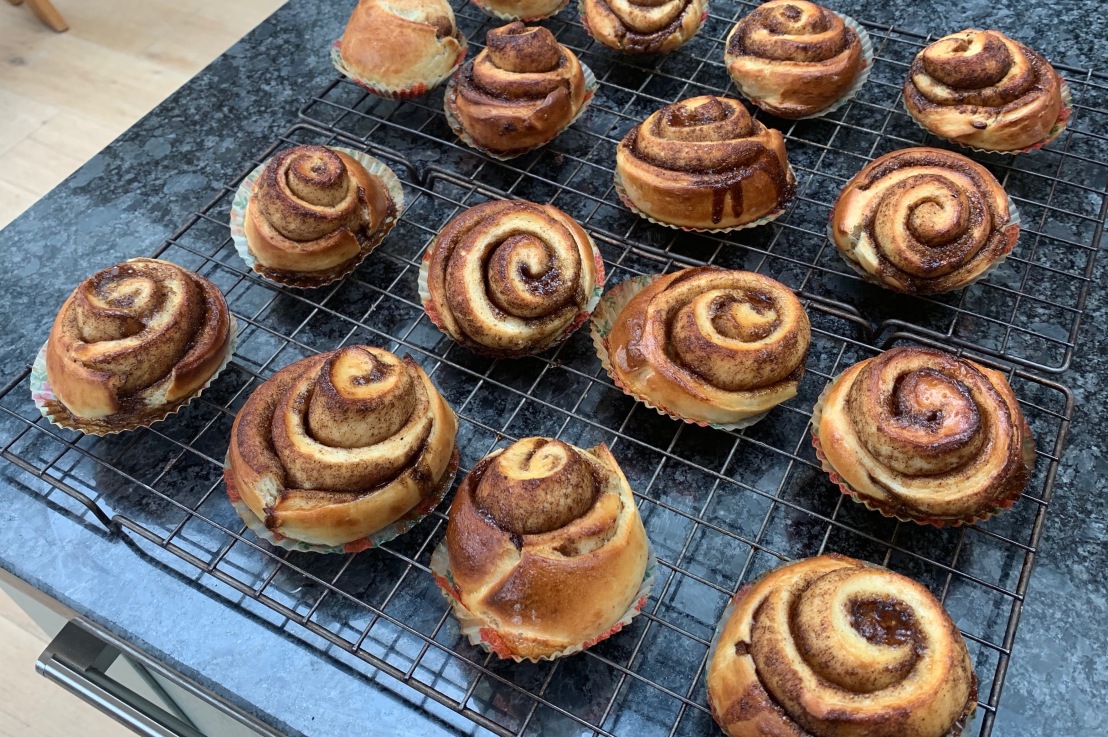 In Sweden, October 4th is Kanelbullens dag, which makes the humble cinnamon bun the only baked item I know to have an officially sanctioned holiday. To be fair, it’s not the most long-standing of national holidays, having been dreamed up in 1999 by the Swedish Home Baking Council. But this year, as it happens, it coincided with a cold and rainy Sunday morning here in London, so no possibility of my usual tennis game. How better to spend the morning than with a bit of traditional baking?

The basics of the cinnamon bun are straightforward enough: make a slightly sweetened bread-like dough enriched with butter, milk and (in many recipes) egg, let it rise, roll it flat and spread with a butter/sugar/cinnamon filling. At this point, you have two choices: for the traditional cinnamon roll, you roll it into a sausage; for the cinnamon twist or knot (kanelknutar), you start with a book fold and do a tricky looking twisting trick. I went for the simple roll.

Just about anywhere in Sweden, the buns would be garnished with the little white sugar nibs known as  “pearl sugar”, and in many places, it would be brushed with a syrup glaze after baking. My sweet tooth isn’t what it was, so I’ve omitted both of these. For added puffiness, however, I’ve followed an American blog called “True North Kitchen” and used an Asian pre-dough technique called Tangzhong, which helps to keep the buns stay soft for several days after baking.

The Tangzhong (or “water roux”)